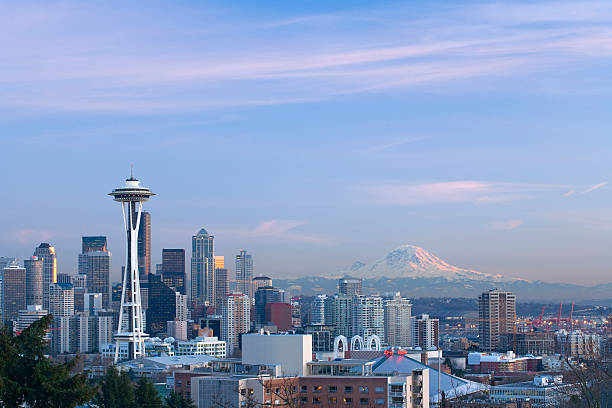 If you’re thinking of moving to Seattle, you might want to start saving now. The Emerald City is notorious for its high cost of living, and it shows no signs of becoming more affordable anytime soon.

If you’re reading this, it’s likely because you are interested in moving out of your current city, or are considering moving to another. Perhaps you’ve heard that Seattle is an expensive place to live and wanted to learn more before making a decision.

It’s true, that Seattle is an expensive place to live. However, it’s not the only expensive city in the world.

If you are planning a move to Seattle or are thinking about making the leap from wherever you currently reside, here you will learn some insight into why so many people want to move there and why it’s also so expensive to live in Seattle.

Why Is Seattle so Expensive?

The housing market is extremely competitive. Seattle’s population has exploded in recent years, thanks in part to the influx of tech workers drawn to companies like Amazon and Microsoft.

This has put a serious strain on the city’s housing supply, driving up rent and home prices. Another factor contributing to Seattle’s high cost of living is the city’s transportation system.

While Seattle does have a light rail system, it doesn’t cover the entire city, meaning many residents have to rely on cars to get around. And with gas prices consistently rising, that can add up quickly.

Let’s dig deeper at the factors contributing to the high cost of living and the high demand for real estate in Seattle.

Like many other coastal cities, Seattle is facing a shortage of affordable housing. Since 2021, the median rent in Seattle has increased by 18.9%. But, why is there such a huge demand for housing?

One of the main reasons is the booming tech industry. Many of the top companies in the tech industry are either based in Seattle or have a large presence in the city.

This has led to a large number of highly paid employees moving to the city. It has also led to an increase in the number of people who want to live there.

The high demand for housing has led to a supply shortage. Builders have not been able to keep up with the rising demand. At the same time, the city has imposed some restrictions on buildings.

This has further limited the amount of available housing. All of this has contributed to higher prices for housing in the city.

Seattle has a great climate for outdoor activities. It also has a beautiful landscape. All of this adds to the appeal of living in the city. At the same time, the geography of the area limits the supply of land for residential and commercial purposes.

The city is situated in Puget Sound. The surrounding land is hilly and unsuitable for building. This has resulted in a very limited supply of land for development.

Because of this limited supply, the price of land in Seattle is very high. It has become a very expensive place to build new residential and commercial structures. This has also contributed to the increase in the price of land and housing.

3. Seattle is the Best Retiree Destination

Retirees are drawn to Seattle because it is a beautiful city. It also has a mild climate. There are also plenty of activities that retirees can enjoy. This makes Seattle an excellent place to retire.

In fact, Seattle has been named the best retiree destination in the United States. All of this has contributed to Seattle becoming an extremely popular city for retirees to move to.

In fact, the number of people 65 and older moving to Seattle has doubled in the last decade. This large number of retirees has had a significant impact on the housing market in Seattle.

Retirees generally have a higher disposable income than younger workers. As a result, retirees are able to afford the high price of housing in Seattle.

The high price of housing has forced lower income to leave the city and move elsewhere. This has again contributed to the shortage of affordable housing in the city.

Seattle is home to many large and well-known tech companies. This includes Amazon, Starbucks, and Microsoft. All of these companies have a significant presence in Seattle.

This has contributed to a large number of high-paying jobs in the city. Workers who are employed in these industries are able to earn a high salary. They are also able to pay a large amount of money as taxes.

Again, the limited supply of land combined with the high demand for housing has resulted in Seattle being an expensive city.

Property taxes in Seattle are also high. The average property tax rate in the Seattle area is $0.93% per every $100 of assessed value.

They also come with a high price tag. Let’s explain how. When a large number of people move to a city to work in one industry, it can put a strain on the demand for housing.

Again, when there is a limited supply of land, this can lead to an increase in the price of housing. When a city’s primary industry is a high paying one, you can expect the median rent to be significantly higher.

Again, this can make the city unaffordable for many people.

Seattle is home to the headquarters of some of the largest companies in the world. This includes Amazon, Starbucks, and Microsoft.

Although these companies employ many people, the majority of their employees work in Seattle. This has put a strain on the housing market in the city.

Once again, there is a limited supply of land available for construction. This has contributed to the high price of housing in Seattle.

Many people are attracted to Seattle because of its natural beauty. It is also a very popular travel destination. This has contributed to a substantial increase in the population of Seattle.

Again, when there is a limited supply of land, it can lead to an increase in the price of housing.