Whether you’re a squishmallow lover or collector, you’ll want to check out this list of the most expensive squishmallows.

Not only will this list feature some of the cutest and most adorable squishmallows ever made, but it’ll also show you how much they are worth. 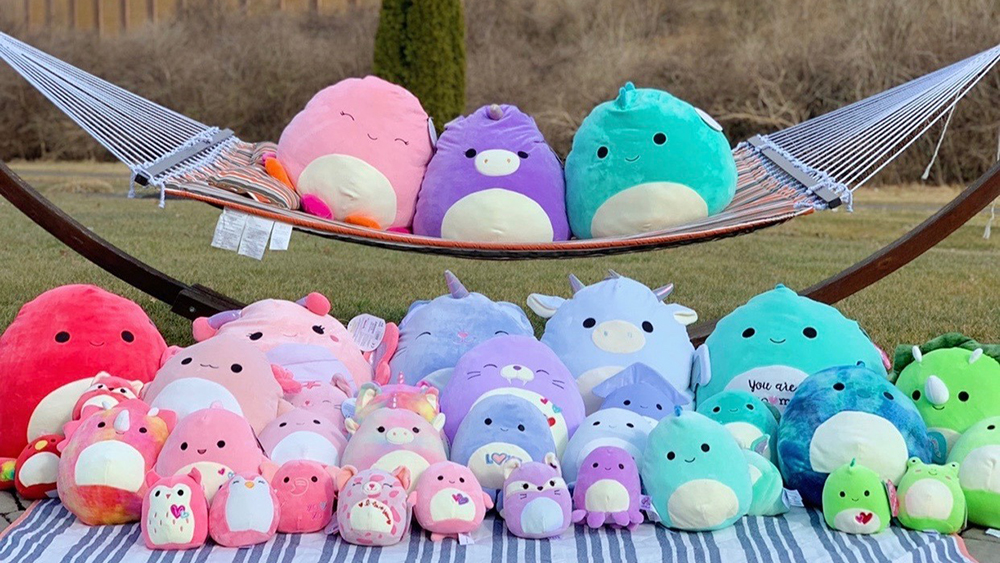 Now, picking the best squishmallows involves certain factors which are discussed in this article. Here are some of them: Consider the material used to make it.

Squishmallows made from gel or foam will give you a better feeling than those made from cotton.

They are also more durable and longer-lasting than cotton ones.

Tension is the next factor to consider when choosing the best squishmallows.

A squishmallow should be able to return to its original shape after squeezing it many times without damage. In this case, high tension is a good thing.

Decide on the size of squishmallows depending on your needs.

If you want to feel something, then you should go for large sizes while if you just want something to look at, then small sizes will be good enough for you.

The last factor is the price of each squishmallow. It’s better to buy cheap items but they won’t last long while an expensive item will last longer but it might be too much expensive for your budget.

If you’re looking to buy some of your squishmallows, then you should know that they don’t come cheap!

Some of the more expensive squishmallows can be found online or at certain stores that carry them.

There are several different types of squishmallows available on the market today, each with unique characteristics that make it stand out from the others.

Here’s a look at some of the most expensive squishmallows ever sold in the market:

Jack the Black Cat is the most costly Squishmallow. The Select Series of Squishmallows contains some of the most coveted plushies in the whole collection.

Unsurprisingly, Jack, the Black Cat is the first in this series. He has white whiskers, closed white eyes, and little pink lips.

According to his biography, he was tough and quiet, as well as fiery and helpful. Jack the Black Cat may fetch up to $2,000 on auction platforms like eBay.

Santino the Platypus is one of the most sought-after and expensive Squishmallows. He stands 12″ tall and is light brown on the outside with a dark brown beak, black eyes, and a white belly.

Santino, according to his character biography, makes fantastic blueberry pancakes, which his father taught him how to make. He also enjoys soccer and aims to be a professional goalkeeper.

Santino the Platypus is one of the most sought-after Squishmallows, typically fetching $1,100-$1,500 on auction sites.

Blossom is a sheep Squishmallow who is white on the outside with a cream-colored face and gold fluffs.

Her eyes are closed, and she clasps her hooves around a small rainbow with woolly clouds. This EUC Justice special plush made its debut in 2018 for a limited period.

Blossom the sheep’s velvety body has a faint vanilla aroma. She stands roughly 8.5″ tall, but she also comes in a 16″ version.

Blossom can cost more than $800 at auction, conservatively. Because of recent corporate developments, which we will explain below, that figure may only rise more.

Mariah is one of the numerous lamb Squishmallows, and she, along with six other plushies, is a member of the Squishmallow Baby Squad. Except for her white and cream-colored face and ears, Mariah is rainbow-colored.

Her eyes and mouth are black, and her nose is shaped like a delicate pink heart. Her biography states that she enjoys horseback riding and horchata. She is considered trustworthy and friendly.

Mariah is a rare exclusive that regularly sells for more than $800 at auction.

He belongs to both the Adventure and Farm teams. Dinosaurs and other bizarre creatures abound in Adventure Squad. Farm Squad consists of only six farm animals, including Avery.

Avery is a member of the Squishmallow rugby squad, according to his biography (he plays left wingman). He aspires to be a coach and enjoys it when his family offers him a victory popsicle after the game. Avery sells for more than $500 at auction.

Phillipe the frog is a member of the massive Valentine squad, which is packed with adorable love messengers, many of whom were only available on Valentine’s Day.

Phillipe resembles Wendy the frog in appearance but is distinguished by his heart-shaped pink cheek patches.

Phillipe, according to his biography, enjoys hanging out with pals and playing hopscotch, especially on Valentine’s Day.

He was a holiday promotional Squishmallow, which has given him special notoriety since his debut in 2017. If the bidding is competitive, he may fetch roughly $530 in internet auctions.

Lucille is a Sealife Squad member and a seal Squishmallow. This was a plush series with 23 characters total, including Lucille. Lucille enjoys being in the sea, diving for gems and rocks, and showing off her geology collection, according to her biography.

This white plush has black eyes, nose, mouth, and whiskers. She has small flippers, a grey snout, and a pale grey belly. Lucille the seal frequently sells for approximately $500 at auction.

Chanel is the name given to the Cinnamon Roll Squishmallow in honor of the designer perfume. She is, as one might imagine, a Frenchie and a fancy pastry who enjoys cooking and being sweet. She helps at local food banks and teaches other Squishmallows how to bake and decorate, according to her character biography.

Her entire body is a solid tan pastry with black eyes and pink lips. Her icing “hair” is cream-colored with a brown cinnamon swirl on top.

She’s a member of the Valentine Squad, which makes her rather unique because these adorable squishable Squishmallows are frequently only released once. She was the Valentine’s Day special in 2020 and may fetch up to $450 when the bidding heats up.