Are you looking for the most expensive golf courses in the world? In this blog post, we have listed the active most luxurious golf courses, these golf courses offer a unique and unparalleled golfing experience that is reserved for only the most dedicated and wealthy players.

These courses are often designed by renowned golf course architects and feature a variety of hazards and obstacles that require precise shots and careful strategy. Despite the high cost, these courses offer an unforgettable experience that is well worth the investment for those who can afford it.

Golf is a popular sport enjoyed by millions of people around the world. It is often seen as a leisurely and relaxing activity, but it can also be highly competitive. Many professional golfers play on tours and compete for lucrative prizes.

Golf has a long history, with the first recorded mention of the sport dating back to the 15th century in Scotland. It has since spread to become a beloved pastime in countries all over the globe.

There are many golf courses that cater to players of all skill levels, but some of the most expensive ones are reserved for the elite. These exclusive golf courses offer luxurious amenities and challenging courses that are designed to test even the most seasoned players.

What makes these expensive golf courses special is the level of attention to detail and the overall experience that they offer. From the pristinely maintained greens to the lavish clubhouses and pro shops, these golf courses offer a level of luxury that is unmatched. 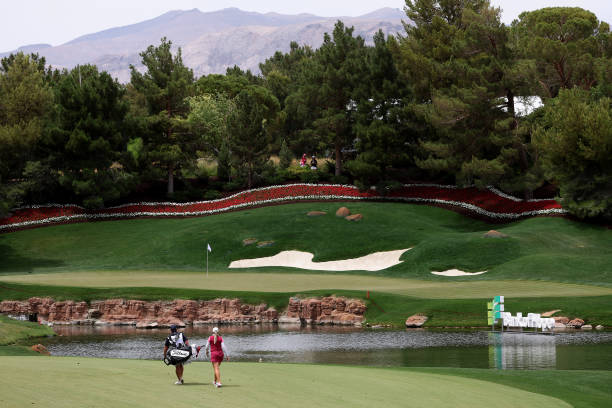 The number one on the list of the most expensive golf courses is the Shadow Creek Golf Course, this is a luxury golf course located in North Las Vegas, Nevada. It was designed by Tom Fazio and opened in 1990.

The course is known for its lush, green fairways, challenging layout, and beautiful surroundings, including waterfalls and streams. Shadow Creek is considered one of the top golf courses in the United States and has hosted numerous professional tournaments, including the Tiger Woods Invitational and the Michael Jordan Celebrity Invitational.

The course is private and can only be played by guests staying at certain hotels in Las Vegas, or by members of the course. What makes it so expensive? 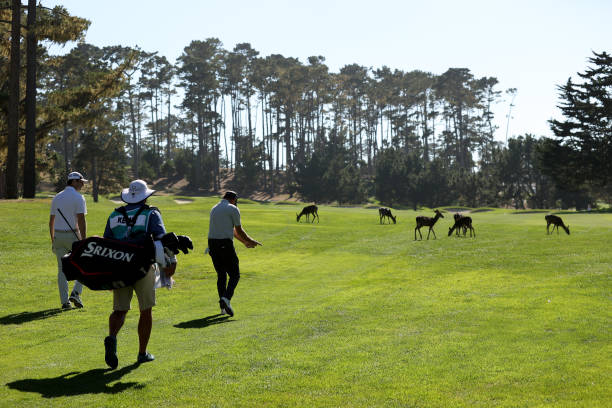 Another expensive golf course is Pebble Beach Golf Links, it is a public golf course located in Pebble Beach, California. It is one of the most famous and prestigious golf courses in the world and has hosted numerous professional golf tournaments, including the U.S. Open, the PGA Championship, and the AT&T Pebble Beach Pro-Am.

The course was designed by Jack Neville and Douglas Grant and opened in 1919. It is known for its stunning seaside location and challenging holes, including the iconic par-3 7th hole, which features a green surrounded by the Pacific Ocean.

Pebble Beach Golf Links is a must-play course for golf enthusiasts and has been consistently ranked as one of the top courses in the world by various golf publications.

What makes it so expensive? There are several factors that contribute to the high cost of playing Pebble Beach Golf Links. 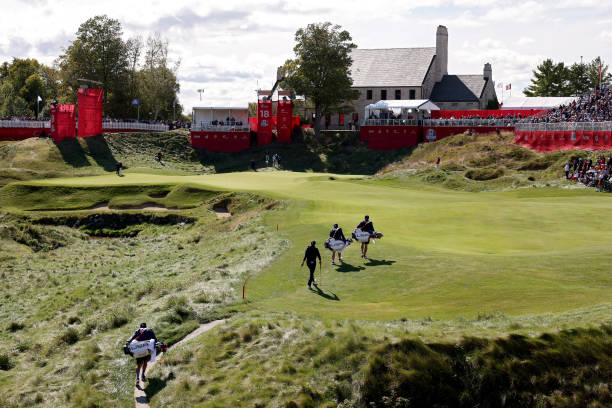 Whistling Straits is one of the most expensive golf courses located in Sheboygan, Wisconsin, on the shores of Lake Michigan. Designed by Pete Dye, it is known for its challenging layout and stunning views of the lake.

The course has hosted numerous professional golf tournaments, including the PGA Championship on three occasions and the Ryder Cup in 2020. Whistling Straits has two courses, the Straits Course and the Irish Course.

The Straits Course is the more famous of the two and is known for its long, winding fairways, deep bunkers, and undulating greens. It has a par of 72 and plays to a distance of 7,790 yards.

The Irish Course, which opened in 2006, is slightly shorter at 7,201 yards and has a par of 71. Both courses are known for their picturesque views of Lake Michigan and the surrounding dunes.

In addition to the golf courses, Whistling Straits also has a clubhouse, a pro shop, and a variety of dining and entertainment options. The resort is a popular destination for golfers and non-golfers alike and is known for its luxurious accommodations and amenities.

Whistling Straits is considered one of the premier golf destinations in the United States, and as such, it is known for its high green fees and other costs associated with playing the course.

Some of the factors that contribute to the high cost of playing at Whistling Straits include: 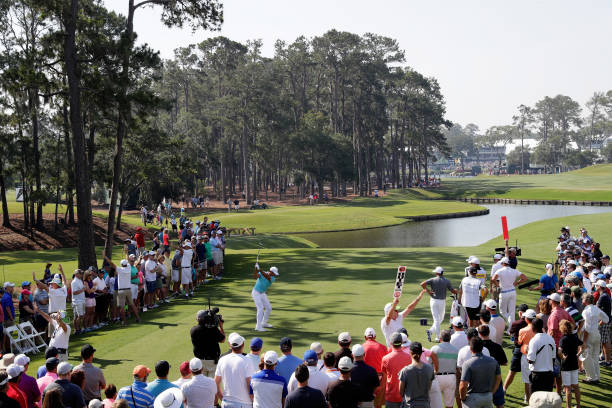 TPC Sawgrass Players Stadium Course is a golf course located in Ponte Vedra Beach, Florida. It is the home course of the PGA Tour and is known for its iconic 17th hole, a par 3 island green. The course was designed by Pete and Alice Dye and opened in 1980.

It has a par of 72 and measures 7,189 yards from the championship tees. The course has hosted The Players Championship, a prestigious PGA Tour event, since 1982. It is also a popular venue for corporate and charity events.

What makes it so expensive? There are a few factors that contribute to the cost of playing at the TPC Sawgrass Players Stadium Course. One of the main factors is the prestige and reputation of the course.

As the home course of the PGA Tour and host of The Players Championship, TPC Sawgrass is a highly sought-after venue for golfers.  Additionally, the course is known for its high level of maintenance and attention to detail, which also contributes to the cost.

The course is also located in an affluent area of Florida, which can also contribute to the cost of playing there. Finally, demand for tee times at TPC Sawgrass can be high, which can drive up the cost as well. 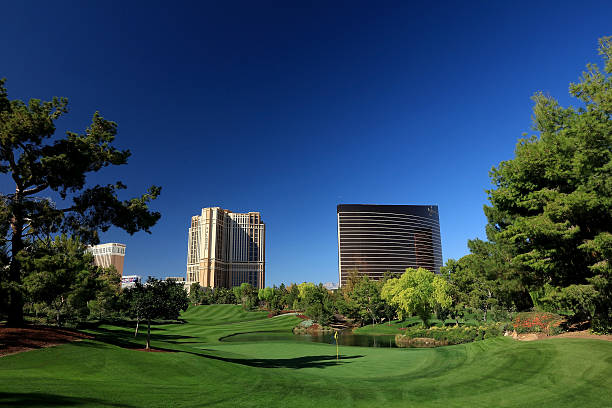 The Wynn Golf Club is a luxury golf course located at the Wynn Las Vegas resort in Las Vegas, Nevada. It was designed by Tom Fazio and opened in 2005.

The course measures 6,722 yards from the championship tees and features bentgrass greens, fairways, and roughs.  The course has received numerous accolades and is considered one of the best golf courses in the Las Vegas area.

In addition to the course, the Wynn Golf Club also features a state-of-the-art practice facility, a full-service pro shop, and a clubhouse with dining options. The club is open to the public and offers a variety of membership options.

What makes it so expensive? 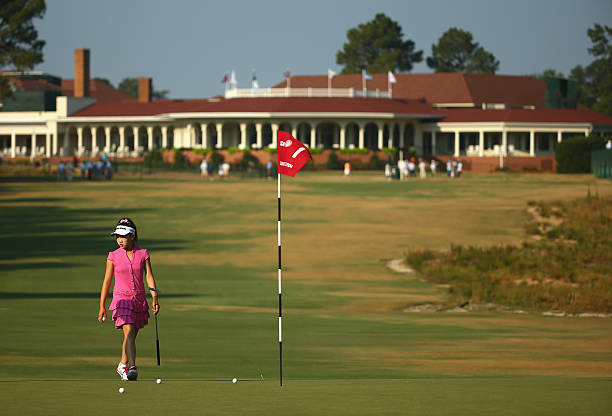 Pinehurst No. 2 is a historic golf course located in Pinehurst, North Carolina. It was designed by legendary golf course architect Donald Ross and opened in 1907. The course has hosted numerous prestigious golf tournaments, including the U.S. Open, U.S. Women’s Open, and PGA Championship.

Pinehurst No. 2 is known for its challenging layout and distinctive sand bunkers, which were inspired by the Scottish heathland courses that Ross played on as a young man. The course has undergone numerous renovations over the years, but its original design and character have been preserved.

The course measures 7,562 yards from the championship tees and has a par of 70. It features small, undulating greens, narrow fairways, and deep bunkers that require precise shot-making and strategic thinking. The course is also known for its fast, firm, and well-bunkered greens that are difficult to hit and hold.

Pinehurst No. 2 has a rich history and is considered one of the finest and most iconic golf courses in the world. It continues to be a popular destination for golfers of all skill levels and is widely recognized as a true test of golf. 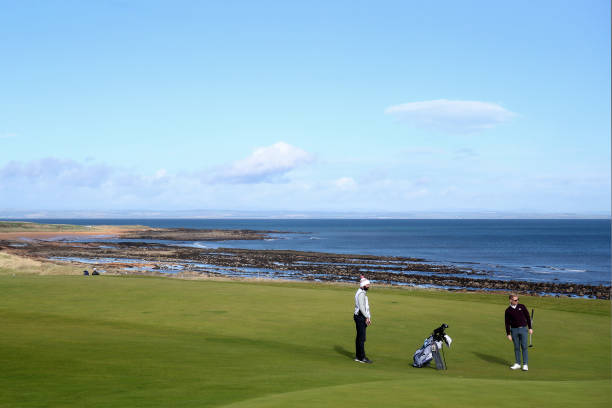 Kingsbarns Golf Links is a golf course located in Fife, Scotland, on the east coast of the country. It is widely regarded as one of the top courses in Scotland and has received numerous accolades, including being named the “Best New International Course” by Golf Magazine in 2000 and being ranked among the top 100 courses in the world by Golf Digest.

The course was designed by American golf architect Kyle Phillips and was built on a former farm. It opened for play in 2000 and has hosted numerous professional tournaments, including the Dunhill Links Championship, which is played on three courses in the area.

Kingsbarns Golf Links is known for its challenging yet fair layout, featuring a mix of links and parkland holes and offering stunning views of the surrounding countryside and the North Sea. 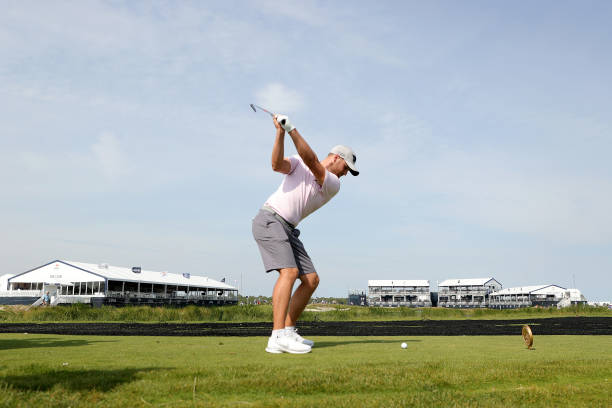 Kiawah Island Ocean Course is a golf course located on Kiawah Island, South Carolina. The course was designed by Pete Dye and opened in 1976. It is known for its challenging layout and beautiful coastal setting.

The Ocean Course at Kiawah Island has hosted numerous prestigious tournaments, including the Ryder Cup, the World Cup, and the PGA Championship. It is consistently ranked as one of the top golf courses in the United States and has received numerous accolades from golfing publications and organizations.

In addition to the Ocean Course, Kiawah Island also features several other golf courses, including the Cougar Point, Oak Point, and Turtle Point courses. The island is a popular destination for golfers and vacationers alike, offering a range of recreational activities in addition to golf, including tennis, swimming, fishing, and more. 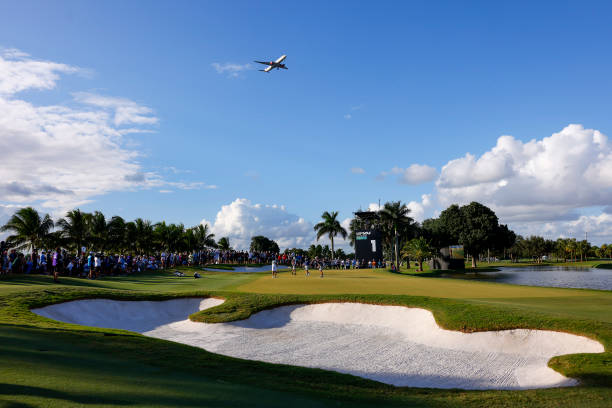 In addition to golf, the resort offers a variety of amenities and recreational activities, such as tennis, swimming, fitness, and spa services. The resort also features a variety of dining options, including several restaurants and bars.

Trump National Doral Miami has received mixed reviews from guests and critics, with some praising the course and facilities while others have criticized the resort’s pricing and management. 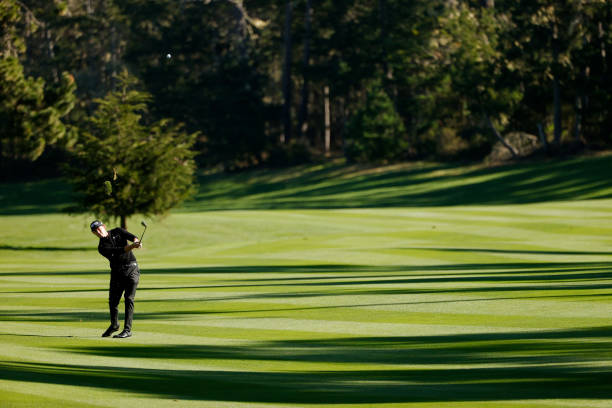 The Royal Melbourne Golf Club is a prestigious golf club located in Black Rock, Victoria, Australia. It is one of the most expensive golf courses founded in 1891 and is considered one of the finest golf clubs in the country.

The club has two 18-hole courses: the West Course and the East Course. The West Course, designed by Alister MacKenzie, is the more famous of the two and has hosted numerous major championships, including the Presidents Cup and the Australian Open.

The East Course, designed by Tom Doak, is also highly regarded and has hosted several major tournaments as well. Both courses are known for their challenging layouts and beautiful surroundings, making them popular destinations for golfers from around the world.