Bugatti is a French luxury car company that is known for its high-performance vehicles. Bugattis are some of the fastest and most expensive cars in the world, and they have been coveted by collectors and racing enthusiasts for decades.

What makes Bugattis so special is their combination of power, elegance, and craftsmanship. Bugatti cars are built with the highest quality materials and attention to detail, and they are able to achieve incredible speeds thanks to their powerful engines.

What makes Bugatti so special is its commitment to quality, performance, and luxury. Every Bugatti car is hand-crafted with the utmost attention to detail, and each car undergoes rigorous testing to ensure that it meets the highest standards.

As a result, driving a Bugatti is an experience like no other, and owning one is a symbol of status and success.

What is the Most Expensive Bugatti?

The most expensive Bugatti is the La Voiture Noire, which translates to “the black car.” This one-of-a-kind vehicle was unveiled at the 2019 Geneva Motor Show and is priced at $13.4 million.

The La Voiture Noire is based on the Bugatti Chiron and features a sleek black exterior with carbon fiber details. It is powered by an 8.0-liter Quad Turbo W16 engine that produces 1,500 hp and 1,180 lb-ft of torque.

The interior is equally luxurious, with leather upholstery and aluminum trim. Only one example of the La Voiture Noire was produced, making it the most exclusive and expensive Bugatti ever built.

Most Expensive Bugatti Cars in the World

The Bugatti EB110 is one of the most expensive cars on the market today, with a price tag of over $800,000. But what makes this car so expensive?

The EB110 is hand-built, with each car taking over 400 hours to complete. It also features a unique carbon fiber chassis that is both lightweight and strong. The result is a car that is not only incredibly fast but also extraordinarily rare.

It is estimated that around 125 to 150 EB110s were ever produced, making it one of the most sought-after cars in the world. With its unique design and racing pedigree, it’s easy to see why the Bugatti EB110 commands such a high price tag.

The 2014 Bugatti Veyron is one of the most expensive cars on the market, with a price tag of $1.9 million. But what makes this car so expensive?

In addition, the Veyron is handmade, with each car taking over 500 hours to build. The materials used are also extremely high-quality, including carbon fiber, titanium, and aluminum. 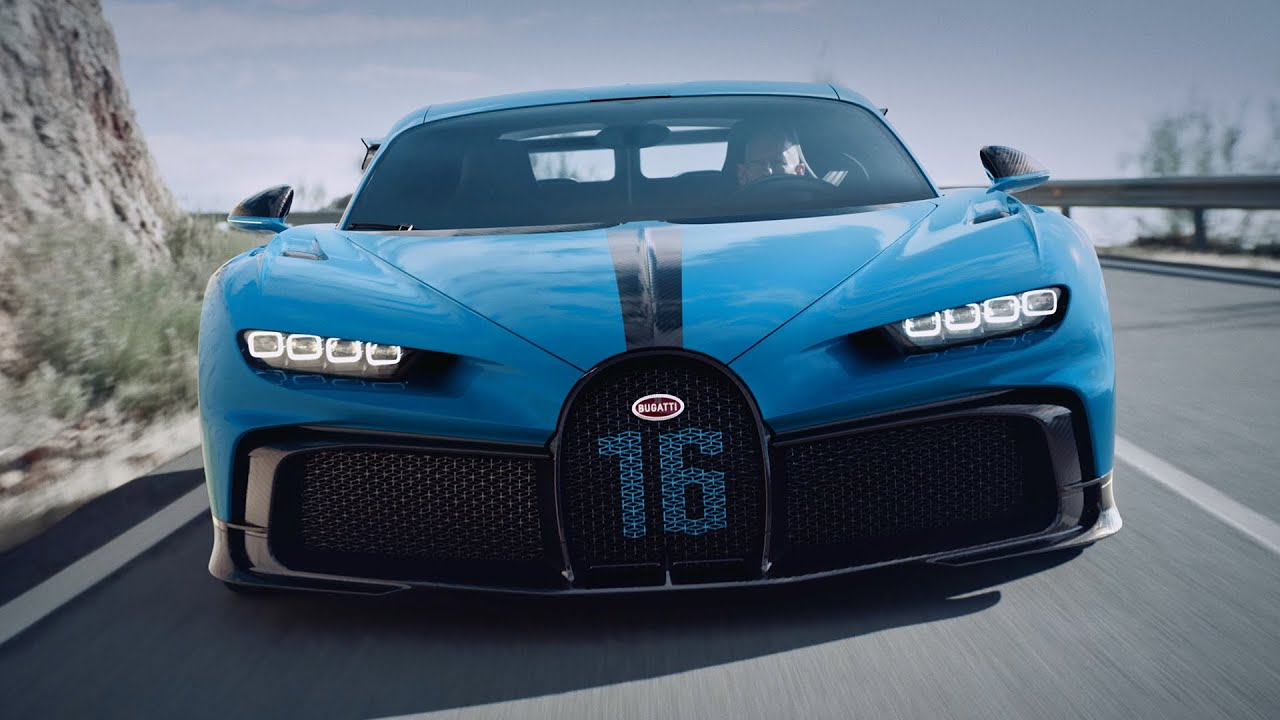 The Bugatti Chiron is one of the most expensive cars on the market, with a price tag of over $3.3 million dollars. So what makes this car so expensive?

It is one of the fastest cars in the world, with a top speed of over 260 miles per hour. It also features an incredibly powerful engine, with over 1,600 horsepower.

In addition, the Chiron is handmade, with each one taking over 400 hours to build. This level of craftsmanship and attention to detail is rare, and it undoubtedly contributes to the high price tag.

The Chiron is a limited edition car, with only 500 being made. This exclusivity also adds to its value. 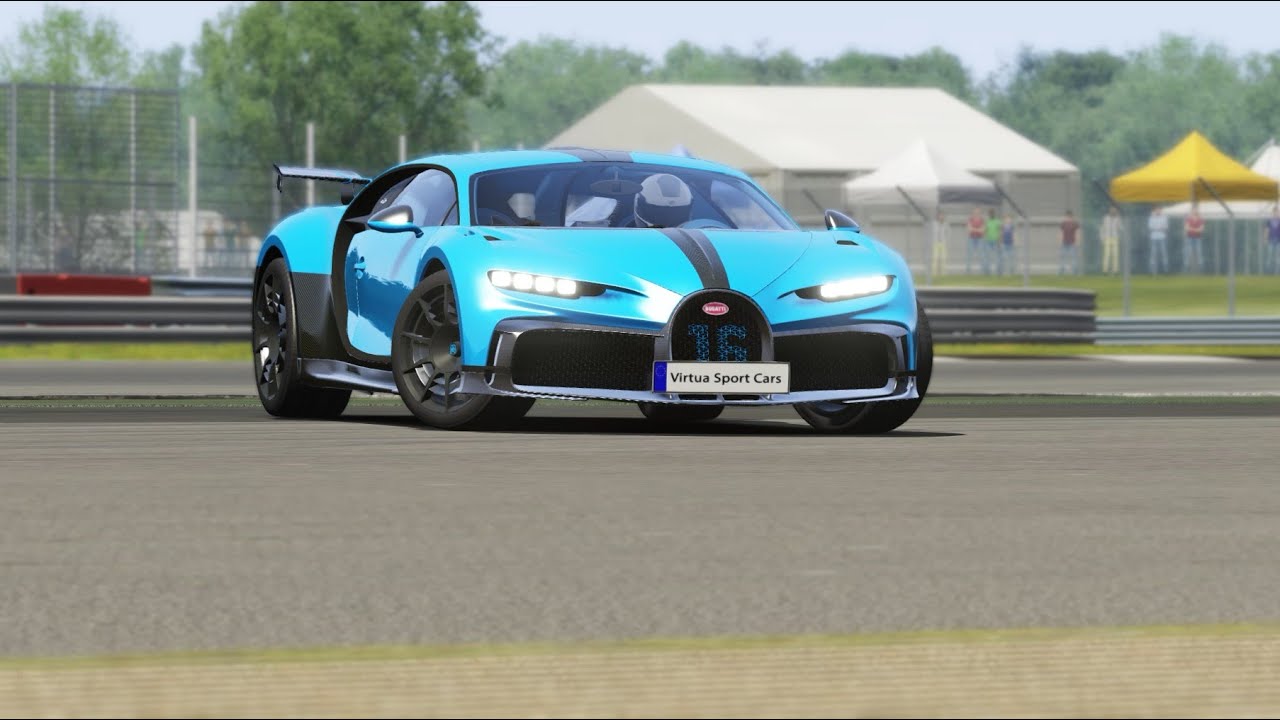 At a price tag of $3.6 million dollars, the Bugatti Chiron Pur Sport is one of the most expensive cars on the market. But what makes this car so special?

The Chiron Pur Sport is one of the lightest and most agile cars in Bugatti’s lineup. It features a special racing suspension and a tweaked engine that delivers an extra 20 horsepower over the standard Chiron.

In addition, the Pur Sport boasts a number of carbon fiber body panels that help to reduce weight and improve aerodynamics. 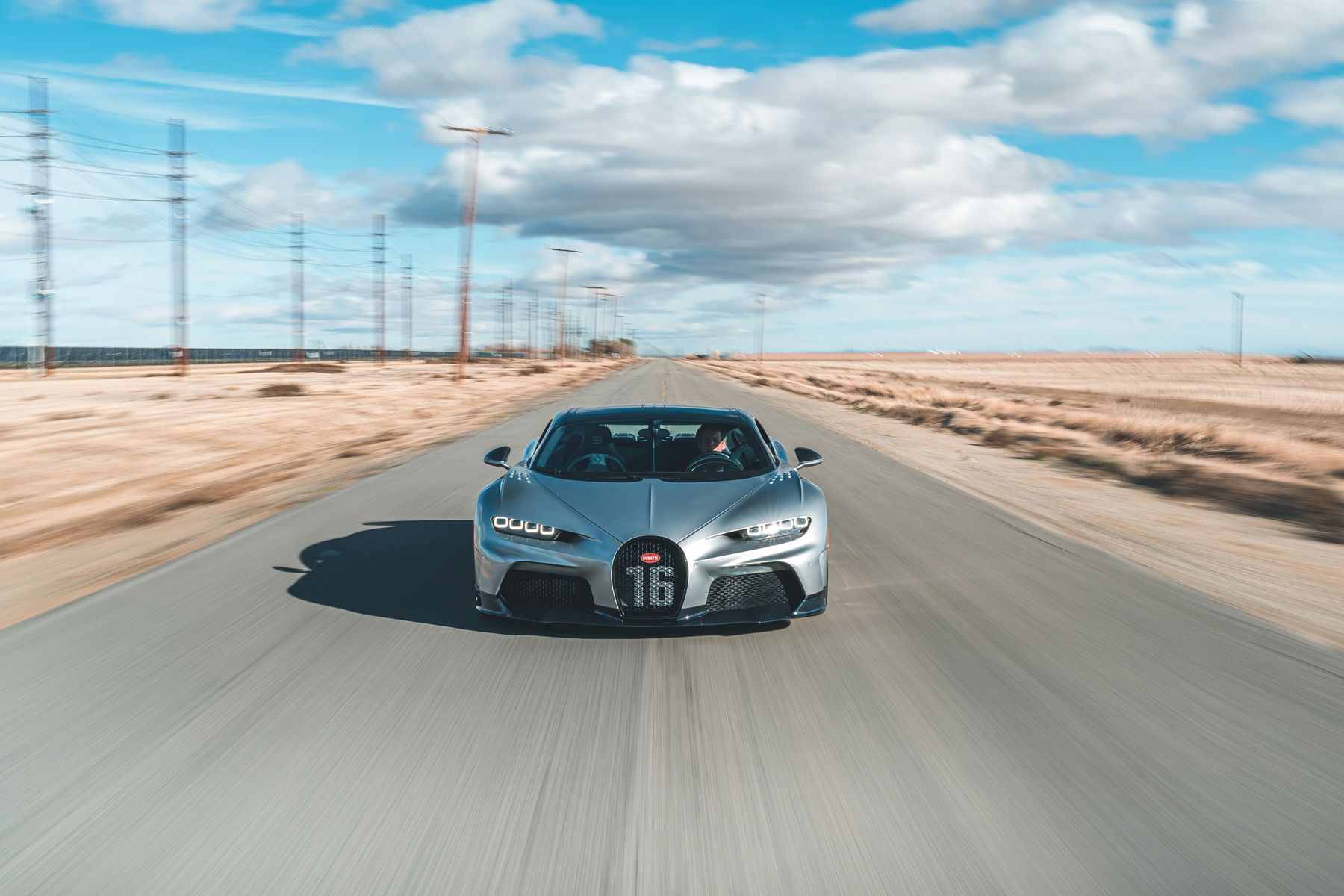 $3.9 million dollars. That’s how much the Bugatti Chiron Super Sport costs. But what makes this car so expensive? First of all, it’s fast. Really fast. It can go from 0 to 60 miles per hour in just 2.2 seconds. And it has a top speed of over 300 miles per hour.

But speed isn’t the only thing that makes the Chiron Super Sport so special. It’s also incredibly rare. Only 30 of these cars have been made, and each one is hand-crafted by a team of highly skilled artisans.

From the custom-made tires to the hand-stitched leather interior, no detail has been overlooked. The result is a work of art that just happens to be street-legal. So if you’re ever lucky enough to see one of these rare beauties on the road, you’ll know why it comes with such a hefty price tag. 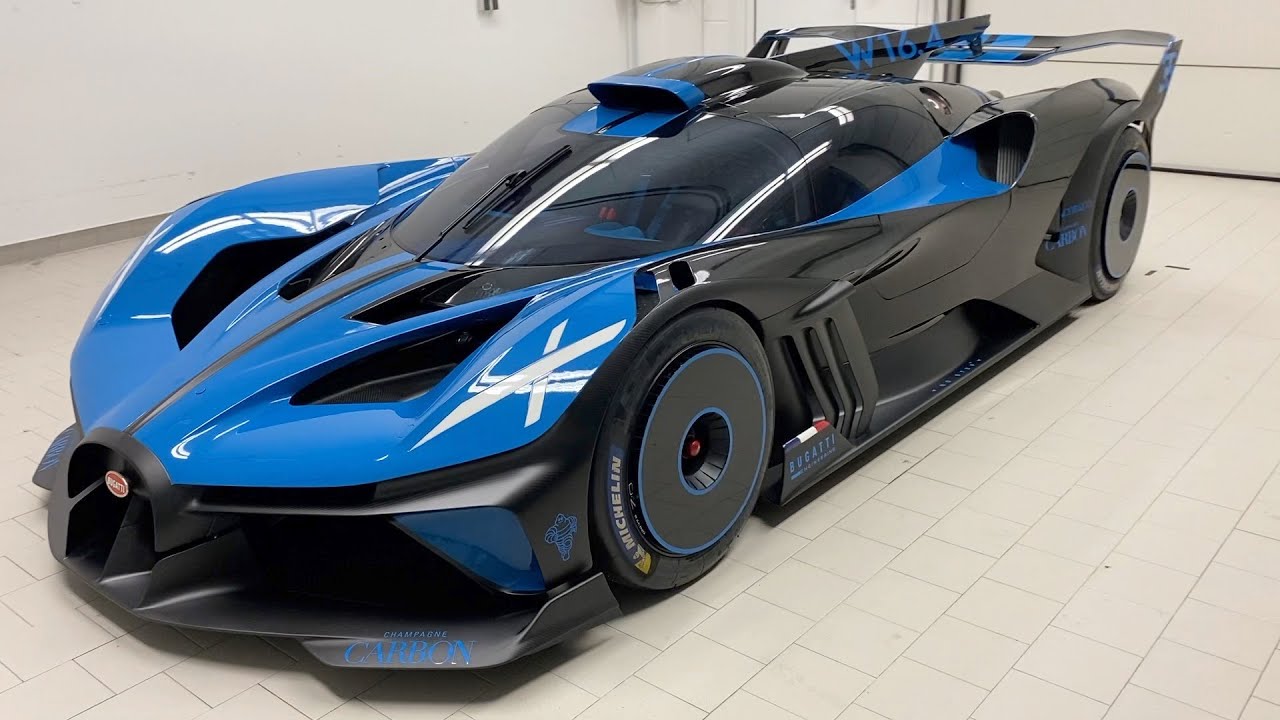 At $4.7 million, the Bugatti Bolide is one of the most expensive cars on the market. But what makes this car so pricey? For starters, its engine is made from lightweight titanium and carbon fiber material that helps to improve performance.

The Bolide also features an aerodynamic design that helps it achieve high speeds. In addition, the car comes with a number of luxury features, such as a leather interior and an infotainment system. 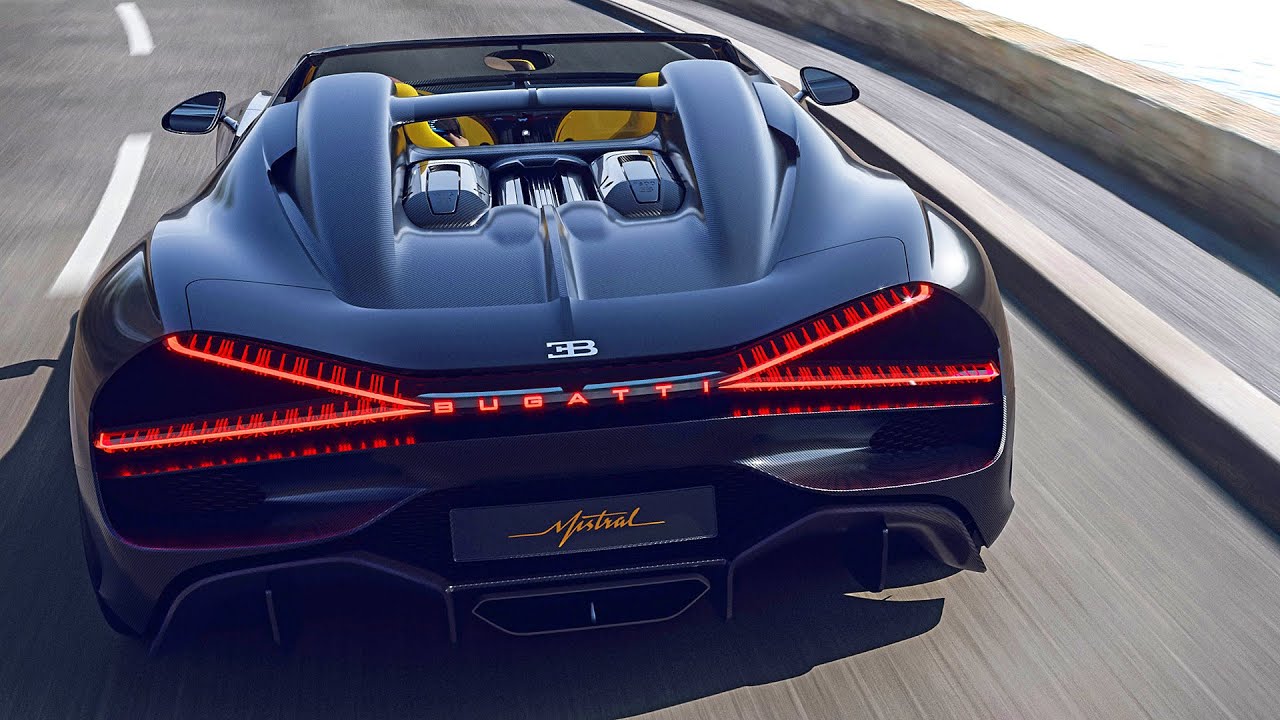 The Bugatti Mistral is one of the most expensive cars in the world, with a price tag of $5 million. But what makes this car so expensive?

For starters, the Mistral is made entirely by hand, with each element crafted to perfection. The body is made from lightweight carbon fiber, while the interior features luxurious materials like leather and wood.

The engine is also incredibly powerful, able to reach speeds of up to 220 miles per hour. In addition, only a handful of these cars have been made, making them even more exclusive. 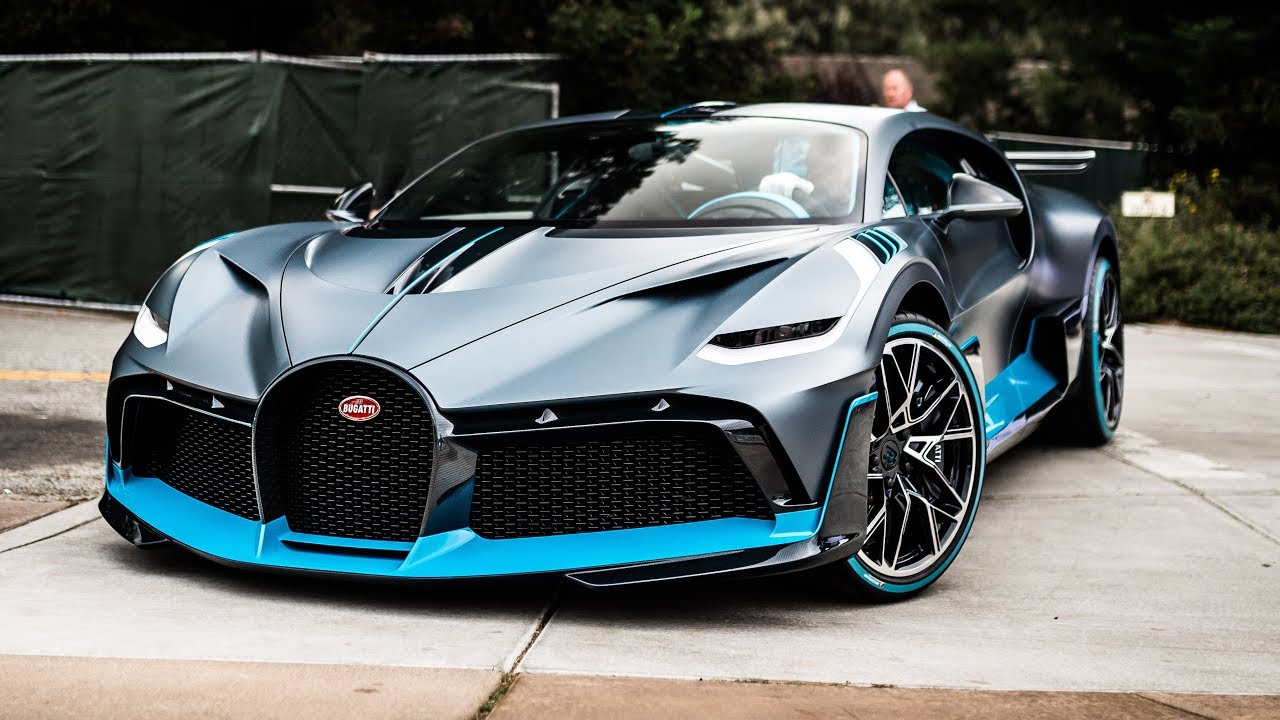 The Divo is based on the Chiron but uses a revised chassis and a new body that is lighter and more aerodynamic than the Chiron. The result is a car that is $5.8 million, making it one of the most expensive cars in the world.

The exterior of the Divo is distinguished from the Chiron by its new front and rear bumpers, larger front splitter, wider side skirts, rear diffuser, and rear spoiler.

These changes help to improve airflow around the car and increase downforce without significantly affecting drag. As a result, the Divo has a higher top speed than the Chiron but is not as fast accelerating from 0 to 60 mph.

The 2020 Bugatti Divo is a limited-edition supercar that is significantly more expensive than its competition. However, its combination of luxury features, performance, and exclusivity makes it one of the most desirable cars on the market today. 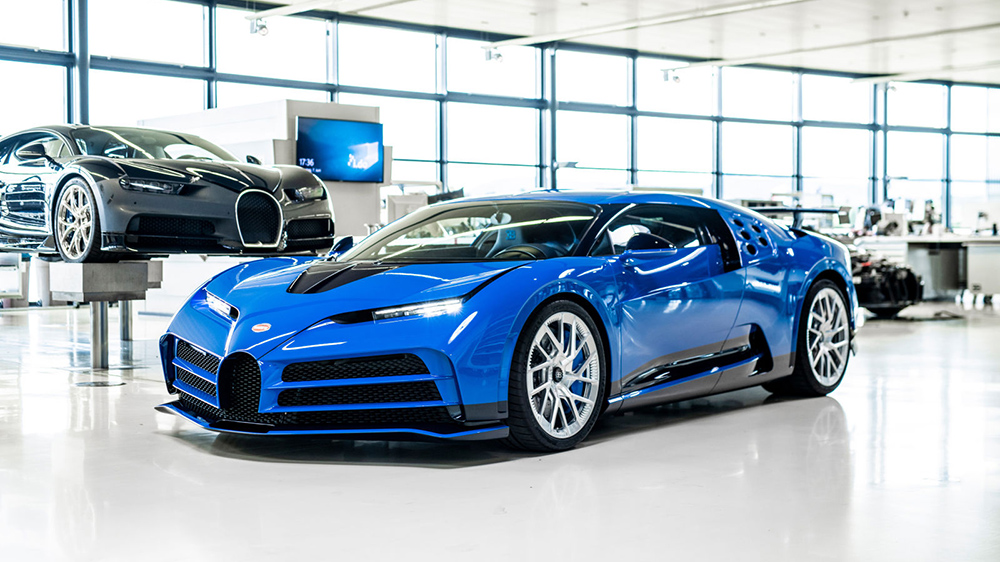 At $8 million, the Bugatti Centodieci is one of the most expensive cars on the market. So what makes this car so special? Only 10 of these cars were ever made, making them rare collector’s items.

The Centodieci is also ultra-fast, with a top speed of 236 mph. It’s also designed for luxury, with a hand-crafted interior and exterior.

In addition, the Centodieci comes with a slew of high-tech features, including a rear-view camera, night vision, and adaptive cruise control. These add up to make the Centodieci one of the most luxurious and expensive cars on the market. 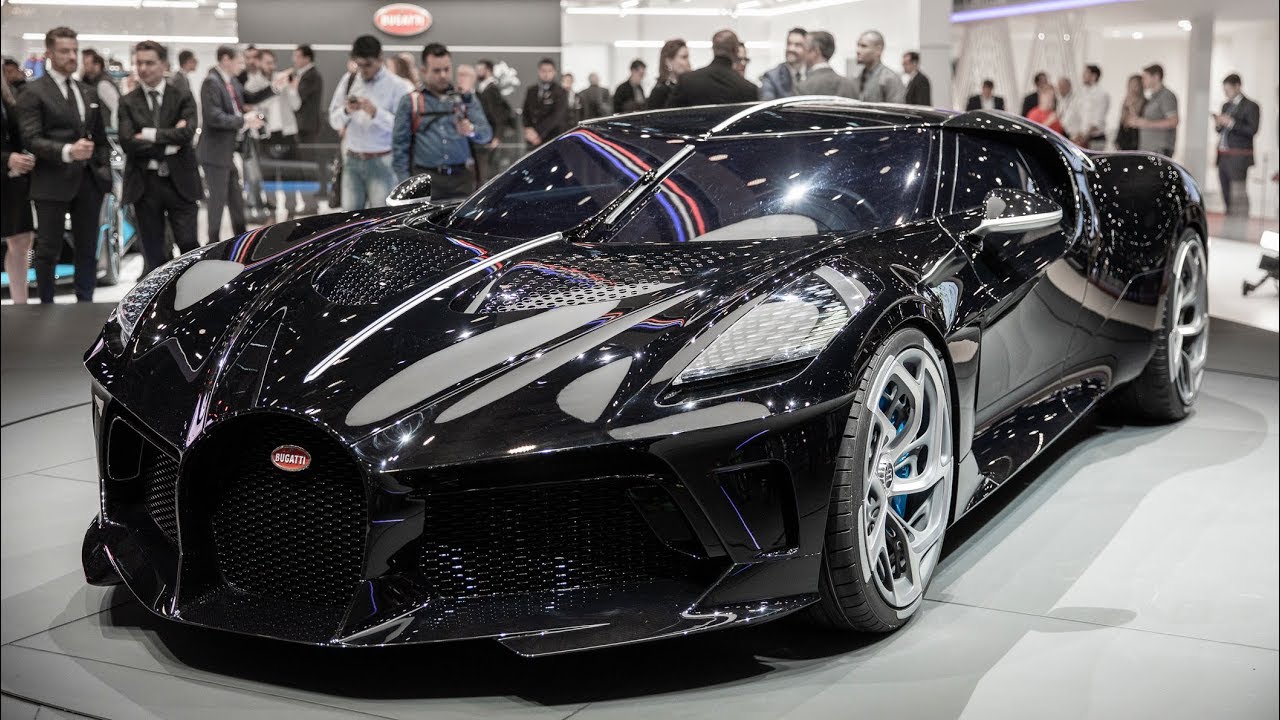 Only one example of the La Voiture Noire was produced, making it a true collector’s item. The car is also crafted from carbon fiber and aluminum, and it features an impressive 8.0-liter W16 engine that produces 1,500 horsepower.

If you’re looking for a truly unique and exclusive car, the La Voiture Noire is definitely worth its hefty price tag.